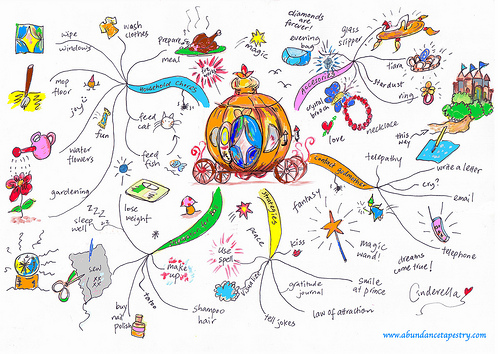 Who remembers the 1994 Disney remake of Angels in the Outfield? In the movie, a young Joseph Gordon-Levitt says a prayer to help the California Angels, the worst team in the history of baseball, win the pennant. And wouldn’t you know it, bam, some angels show up and guide the team to victory. As a new writer, I can’t help but wish I could do the same – say a little prayer, have some angels show up, and let them create my outline. Just give me that little push to start that will send me soaring down the road to get this mother going! Since that is not going to happen, I went ahead and started working on my outline myself and I am here to share some details and hope that maybe, just maybe, someone, somewhere, reads this blog and sends me advice. A modern version of my very own virtual angel!

They say variety is the spice of life. Well, whoever “they” are, they never tried to write an outline. Freedom of choice is a beautiful thing – when you are trying to decide if you should have red or white wine with dinner. My dilemma in drafting an outline is this: where do you even begin? There are so many methods to choose from – the traditional list form, mindmapping, the Snowflake Method, storyboards, software like Scrivener, the list goes on and on. And on. Hell, some folks don’t even use outlines; these mavericks believe in organic writing and their stories reveal themselves along the way. Lucky them!

BACK IN THE DAY

I remember back in fourth grade (hi, Mrs. Wilson!) we were given an outline writing assignment. We could choose any topic we wanted, and had to draft a simple, basic hierarchical outline. I still remember the duality of emotions I felt – I was so excited to write about my favorite subject (dolphins!), but I was also profoundly nervous. I had so much to say and so many ideas, but my little brain couldn’t calm down enough to find a starting point. I clearly recall sitting in the classroom, pencil in hand, thinking the 9-year old version of “What fresh hell is this?”. A few decades later, I have yet to conquer the outline. I am a big picture thinker, but it’s true that the devil is in the details. It is challenging for me to start small and spiral out, to identify the granular crux of my story and develop those ideas to weave an interesting and informative “bigger picture”.

The outline is essentially the tree trunk of your story, the core that supports your branches. If you imagine your writing as a ship at sea, the outline is the anchor that will keep you from drifting off into the Bermuda Triangle, never to be seen or heard from again. Sounds simple enough, and sometimes, simple is better. Which brings me to my next point.

Whenever my Uncle Bill was confronted with a problem he needed to solve, he used to say “K.I.S.S.” – Keep It Simple, Stupid. After several failed attempts at some of the more…let’s say “advanced” outlining methods, I remembered Uncle Bill’s old adage and had a lightbulb moment. I am not a visual learner or thinker, so I said “Bye, Felicia” to mindmapping. The Snowflake Method makes sense, but was too convoluted for this little old brain of mine. See ya later, storyboarding.  Organic writing, ya gots ta go. What worked best for me was K.I.S.S.ing my way to a simple yet functional outline by leveraging software that I have used my whole life – Microsoft Word, Excel, and OneNote!

Microsoft isn’t as sexy as some of the newer or avant-garde tools of the trade. But when you are really down and out – say you are sick and need some soup, or are going through a break-up and want to Netflix and chill – you don’t call that sexy, new person in your life. No, you lean on the tried and true, always there for you friend that has seen you at your worst but still thinks you’re the best. Enter Excel.

Excel is about as K.I.S.S. as you can get. I guess it would help to tell you here that this book is kind of a creative non-fiction self-help book. At least, that is what I think it is. It’s not really self-help, more of a guide book to a subject I am well-versed in. Hell, I don’t know what it is exactly. It’s a book, people!

So, back to the outline. I created a basic spreadsheet with multiple tabs. The first tab is for the outline itself. I used the columns as anchor spaces. The first column is for the chapters and titles, but I was flexible – if I didn’t have title names yet, I left them blank. The point was to get a basic beginning and ending point for the book but to have all of the mile markers that lead us to the end in place. Kind of like a nerdier MapQuest.

The next column was for content. What are the chapters about? Just a quick, down and dirty explanation of what I intend to write about in each section or chapter.

The third column was for takeaways. What should the reader interpret from what they just read? In this column, I made sure to note what strike points I want to emphasize so that I can elaborate on them in greater detail later.

The last column on the outline tab is a ‘to-do’ list for me. This book will include some examples and worksheets, so this is where I noted any material I need to gather as well as worksheet concepts.

The next tab is for the “Story Board”. The columns here are for a brief description of each narrative and the thrust for that specific anecdote. These columns anchor where the story will be placed in the book, the major points of the story, and sample material if any.

The third tab is for Character Development. The people in this book are real, so fleshing them out was a little easier than if I were creating them from imagination. There are so many nuances that make people who they are – gender, accents, how they carry themselves, tall or short, heavy or thin, race, age, and these are just the tip of the iceberg. I wanted to be sure that I wasn’t just describing someone; I wanted to capture them in word form and show them to the reader as if I were reacquainting them with a long-lost friend. This tab is to track all of the little details that make the people in the story unique, help showcase their personality and essence. Later, I can refer back to these descriptors to cultivate the people on the pages.

This post was MUCH longer than intended, but an outline demands more attention than you’d think. If Excel is the yin in my outline arsenal, OneNote is the yang. Next time, we’ll get into all that. But before you go, remember how I said I was hoping that a virtual angel would help deliver me from outline hell? If you’re out there, I would love to hear from you in the comments!

As always, thank you for reading!